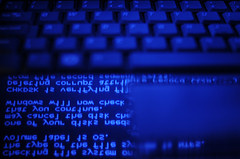 Dear Citizens of Finland, We are Anonymous.

On Monday 31.10 We have successfully and easily hacked Kansallinen Vastarinta website and
published the database of its membership application database containing personal datas of some applicants from all around the country. The release is available to everybody at the following URL: http://pastebin.com/ScTSdZPt
We strongly recommend and invite You to check it out. You may find out Your neighbour or best friend is a dumbass Neo-nazi.
We have no tolerance for any group based on racial, sexual and religion discrimination as well as for all the people belonging to them and sharing their ideologies, which is the reason why We decided to carry out last Monday's attack. That said, We demand SVK to cease its social and net activities and dissolve immediately: should it not happen, We will continue to carry out attacks to its website in the form We will find more appropriate for our intentions.
Also, We invite any other similar group to do the very same as soon as possible or We will search for and take down their virtual counterparts - forum, blogs, websites.

On Friday 4.11, We decided to join the international operation #AntiSec and externally
supported the hacking of several Finnish websites' databases containing personal and sensitive info of thousands of citizens residing in Finland and temporarily released them on the web. We published the info of 16,000 people, yet do You think every hacker announces everything they have hacked? We certainly have not, as We sit on a larger amount of info that have been leaked. What if We had not told You? What if We had never published them on the net? What if somebody else ? hardcore criminals or anybody up to commit something illegal, had got them? No one would be aware of this theft, You would not be aware of it.
We care about digital security and We decided to see whether Finnish authorities, companies and institutions offer their users a proper security and safely treat and store their info. Sadly, We found out they never did. Getting into websites and databases was as easy as cutting butter with a knife: all We have used were elementary SQL injections, something everyone can do by simply searching for an SQL injection manual on the web.
That said, because such companies and institutions seem to have been too much lazy all the time to work on the security of their virtual properties, We will not say what We have targeted and hacked and We will leave them the fun of finding it out. The time of cicadas is over, it's time to start working like an ant.

We are Anonymous Finland and We have been watching over You and our country for long time.
Finland is a great and beautiful country and We know that at the eyes of a foreigner it may well appear as a place almost close to perfection: excellent welfare, health and education systems, low crime rates and almost absent corruption, a place without stains, "white" like the snow covering it during winter time. Yet, We know that under the snow lies a smelly, dark puddle of mud that is making it less white, little by little, day after day.
Unlike most of You, We do not live on clouds and We do not believe at all that this country is white.
We can see see this dark mud pretty much everywhere and We do not like it. We are sick of it and We cannot take it anymore.


- We have seen a massive increase of racism among large layers of the population and national politics, as well as of violent verbal and physical actions towards foreigners. We have seen the birth of groups and political movements and apparition of political figures who support racist ideologies and foster and encourage racial hatred through flamboyant rhetoric, people and movements who ? and We are absolutely sure of it ? would switch from words to extreme violent action towards foreigners if they had the means to do so and a massive support at their back. As history has showed too many times, the step from words to horrible crimes is very easy and can happen any time and anywhere, even where You may find hard or impossible for it to happen. And if You think We are making an exaggerated statement, then We invite You to read SUPO Anssi Kullberg's words recent words on the matter published on Helsingin Sanomat: "Kullberg is concerned about the spread of anti-Islamic hate speech: 'The danger is that it might provoke the other side'".
We invite all the people living in this country to do all they can to isolate and denounce
extremist groups, their activities and statements.

- We have seen a massive spread of illegal actions and corruption perpetrated by certain
Finnish companies inside and outside the national borders. We have seen foreign lands by
locals being expropriated through local proxy authorities in order to carry on with their
business, as well as a large resort to underground and underpaid labour in many and different work environments and witnessed in some cases the death of exploited workers

- We have seen political parties and its members to fade away from their voters and people
and not to work properly on matters of extreme and important necessity for the people living
in Finland, from measures to support unemployed and those who struggle to make it to the
end of the month with their low salaries. In times where more and more people are joining
lines to get basic foods at charities, in a country where thousand of people affected by
disabilities live with less than 600?/month and with state support benefits still low despite a higher cost of life compared to a decade ago, We cannot accept to see MPs voting to increase their salaries and discussing to raise the remuneration for the President. Honestly, We cannot accept at all even the current salaries, too shameful high for a duty ? serving and representing citizens ? that should be considered not as a 'job' but as a 'public service'

- But above all, We have seen how a large, massive majority of the people living in Finland
simply do not care about all this. We got saddened and negatively impressed by seeing and
realizing how careless they are, regardless of their age and social position, and We found out that the 'as long as it doesn't bother my backyard, I don't care'-mentality is strongly and deeply permeated in them


Because of all this and many other things We will explain in our incoming operations, We at
AnonFinland have decided to be silent no more and take action by starting #OperationValkomaa.
Our brothers in arm, armed with our Lulzbrooms, will target and carry out attacks on all those who, with their words and actions, give a contribution to make the dark puddle of mud bigger and larger and infect this land We love and care about.

We at Anonymous Finland release our first demands:


- The immediate cessation of all the activities, virtual and live, carried out by extremist and racist civil and political groups and parties and their dissolution

- The immediate cessation of any verbal, psychological and physical racist action and
harrassment towards foreigners in any environment, public and private

- The immediate cessation of violent verbal rhetoric by certain political parties and Mps and the resignation from Eduskunta of all the MPs who have already distinguished themselves
with harsh, disgraceful racist statements. Also, We invite the rest of the MPs ? as well as the members of the government - forming the current legislature to think twice before to do the very same. That say, We invite MPs Mr Jussi Kristian Halla-aho and Mr Teuvo Mauno Kalervo Hakkarainen to immediately resign from their positions, as their presence at Eduskunta is an offence to the high reputation of the institution of Parliament, the country and its people.
We are even ready to hack an airline company and get You a one-way ticket to Nauru ? as
We are aware the first likes it ? but please, get out of Eduskunta.

- The immediate cessation of illegal practices of any sort by Finnish companies, enterprises and business of any size both inside and outside Finland, the respect of the rights of their workers and a fair, legal economic treatment of the same

- A more serious commitment by the Finnish Government in working on the raise of the
amount of social benefits You offer to Your citizens - especially those concerning
unemployment and low wages. Also, We demand the Finnish Government to work on an
approve on a law that sets the salaries for MPs and government members at ?2,500 and the
salary for the President of the Republic at ?3,000. We think it would be quite a fair step from You, as well as a form of respect for people who have few or no money to enjoy a good life as You do. You could even make sure to win the elections for the next two decades by doing that! We are sure You will not experience a harsh life of deprivations with such pays.


Anonymous Finland will not stay idly and will monitor the development of the situation. We will be watching You and We sincerely invite You neither to consider us as a joke nor to underestimate our requests, mission and purpose. We will actively challenge all those who will continue to feed the dark puddle of mud menacing our country by causing very bad butthurts to You. We will stand and strike in defence of all the people living in this country.

People of Finland, the time for justice has become and We invite You to support and help us in carrying out our mission. We are here for You. Join the revolution and enjoy the lulz.